Over 25 years ago, Papillion was a nice town with good people but it didn't have a large selection of fun things for kids to do.  That's when my dad, Paul White, had a vision to create a fun place just for the kids, after all he did have five of his own.  His retirement with the navy, after 21 years of service, was around the corner, and he thought building a fun place for the neighborhood kids would be just the post-retirement project that suited him.  His own children: Paul, Megan, Kimberly, Krista and Fred were excited at the possibility of having someplace to go that they could say with pride, my family owns this place!

So, he and Mom embarked on a journey along with another couple that he had known through the military.  Little by little, the team discovered that there were many challenges in starting a brand new business from the ground up.  However, through all the hurdles that they were given, they broke through every one and officially opened Papio Fun Park for business on the same day that Dad celebrated his 44th birthday, August 2nd, 1990.

The Park started out as a set of 5 batting cages and a small hut to sell concessions from.  However, it didn't stay  small for long.  In the spring of 1991 an 18-hole miniature golf course was added.  Dad, seeing the success of this addition, started to dream big and wanted to expand the business even more.  His business partners weren't up for the big changes he had in mind, so they went their separate ways, remaining good friends.

In 1992, the famous go-kart track was opened for the first time and the buzz of the little business in Papillion started to grow to the entire Omaha metro area and beyond. After many discussions, Mom and Dad made the decision to attempt making their fun facility available year round.  This was a big leap, as it took more construction and creative thinking on both their parts.

In 1996 (once again on August 2nd) the arcade building was opened.  This new indoor facility housed a lazer tag arena, arcade games, pool tables and a much expanded concessions center.  The facility allowed for many other things to expand, including the services the park offered.  Birthday parties, group events, lock-ins...the possibilities seemed endless.  Just as the family was getting settled into their new environment, however, a tragic event brought the momentum to a halt.  Dad suffered a major knee injury requiring surgery toward the end of the year.  A routine procedure was scheduled and he went in to have his knee fixed, hopefully for good.  Unfortunately, he passed away due to complications from the surgery, leaving Mom with 5 kids to care for (ages 9-16 at that time) and a business to run by herself.

Thus, began a challenging chapter in the lives of the White family and the business that they had worked so hard to build.  The next few years were a struggle for everyone, especially Mom.  The support that she found from friends and family, as well as the community around her, pushed her to keep going.  She was determined not to give up on the dream that Dad had started all those years ago.

So, she persevered with the help of her growing children.  Each of us kids grew up working at the park and slowly gravitated towards the areas of the business we liked the most.  Over the years, Mom watched the business and us kids grow as some got married and started having their own kids.  All five of us siblings live in the area and stay very much in touch with the business.

My oldest brother Paul manages the website and all online applications for the business from his home.  I'm the HR Director, handling all hiring and training of the operations staff.  Kim is a manager for the operations staff and lends her artistic ability to any project needing an artistic touch around the park.  Krista is a registered nurse who works in Omaha, and stays in touch with the business regularly.  Fred is the head mechanic for the go-karts.  He maintains all the karts and fixes any major problems that arise with them.

Twenty some years later Papillion is an awesome town with GREAT people and the entire White family is proud to call it the home of Papio Fun Park.   We've been creating fun memories for over 25 years and have expanded to attract more than just the Papillion community.  We have hosted events for groups from as far away as South Dakota, Minnesota, Illinois, and many more.  Our success is due in great part to the community that has supported us.  Thank you to everyone who has visited us in the past 25 years and created your own fun memories.  We hope they last you a lifetime!

A little bit about us! 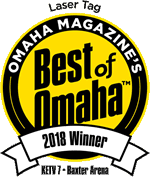 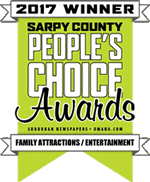 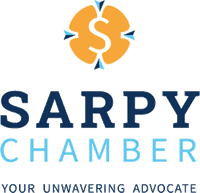